EndNote and Bibus fields are finally read in OOo

From my previous job experience, I knew that there were some problems for EndNote users to read their documents in OpenOffice.org. I decided to found out a sample document and try to see what is wrong.

Here is the sample document I used: editstyle_sample.doc. There are two problems in this document:

I fixed the first problem thanks to Florian (in fact, he did it all). As always, the patch is available on the go-oo git repo. I have also attached it to the upstream issue i#61075. Here are some screenshots to show the difference: 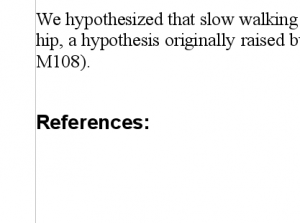 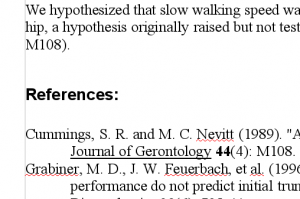 Fixing the second point is another problem. What users would at least expect is to keep the word fields when saving the document back to .doc. This isn't the case because OOo is importing only the field's text replacement. In order to do that, ODF should have some mechanism to store the MSWord field code. This would be useless for OOo, but it could allow to save the document back to .doc with the fields.

The issue i#89667 about Bibus fields has been fixed by this patch: it was the same problem.