How many frequent contributors to LibreOffice?

As I promised it from the first developers stats I published, I worked on gitdm to extract some metrics to show how many persons are actively contributing to LibreOffice and how many are providing patches and vanishing right after. As usual the tool and not-yet-upstreamed patches to gitdm are located on this git repository. To extract those data I needed to set some definition of an active contributor... which isn't so easy. Here are the rules I used to produce the stats:

These rules can be discussed of course, but they give a fairly good idea of what is happening. The raw data can be found on that file. 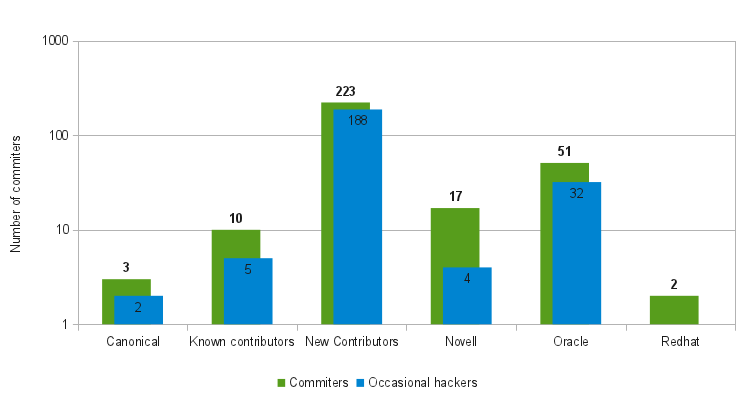 What is interesting in this graph is that 16% of the 223 new developers (35 persons) are contributing regularly. This is encouraging because it shows that quite a number of new developers joined us, but it also reminds us that we need to strive keeping more new developers.

I just presented those stats at a conference at SupInfo Lyon today... but there wasn't a lot of people there listening. The slides are available here in french.