As I explained it in a previous post, I am working on fixing docx import in OpenOffice.org. I have fixed a bug on the pictures import recently. The patch fixes the issues i#97645 and i#96021. The i#96021 issue fix isn't complete yet, because it has something to do with shapes import which aren't working at all. The patch has been committed to go-oo trunk. As one of the fixes isn't complete, I still haven't submitted it to the upstream.

Here are some screenshots to show the differences: 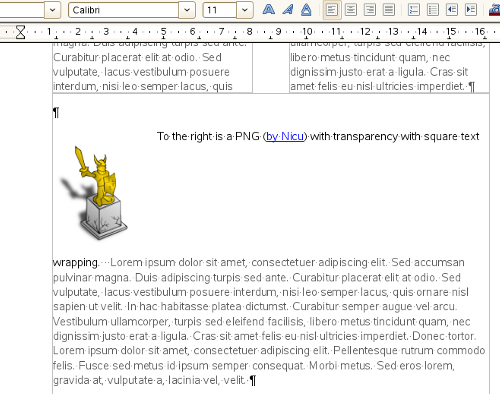 Pictures import in OOo without the patch 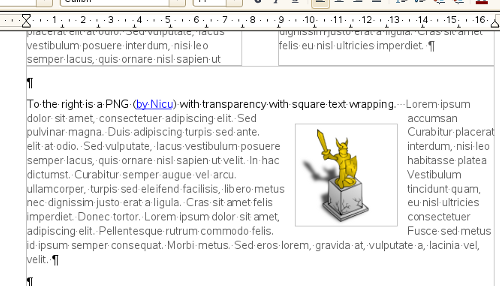 Picture imported in OOo with the patch

Thanks again Andrew for providing your useful reference document and pointing out the bugs.